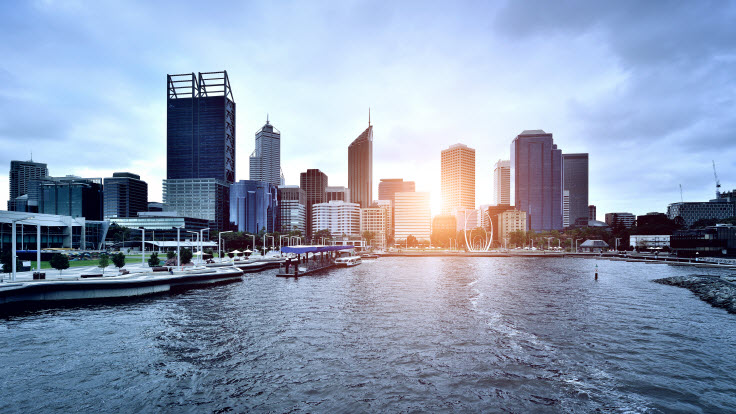 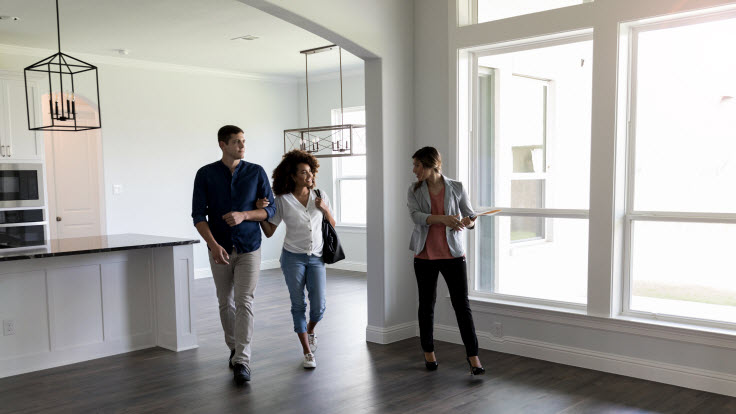 Western Australia is once again the most affordable state in Australia for housing and rentals, according to the Real Estate Institute of Australia’s Housing Affordability Report. Although overall affordability declined in WA during the June 2021 quarter, WA remains the most affordable state in the country for housing, with only the Australian Capital Territory and Northern Territory more affordable. The Housing Affordability Report shows the proportion of family income required to meet average home loan repayments in WA was 26.5 per cent in the June 2021 quarter, up from 26.3 in the March 2021 quarter and 25.4 in the June 2020 quarter. There were 14,069 loans taken out in the June 2021 quarter in WA, which is a 106 per cent increase on the June 2020 quarter. The average loan amount in WA during the quarter was $430,805. The average loan amount increased 2.9 per cent in WA during the quarter, which is significantly lower than other states like New South Wales and Victoria where the average loan amounts were $705,658 and $568,188 respectively. 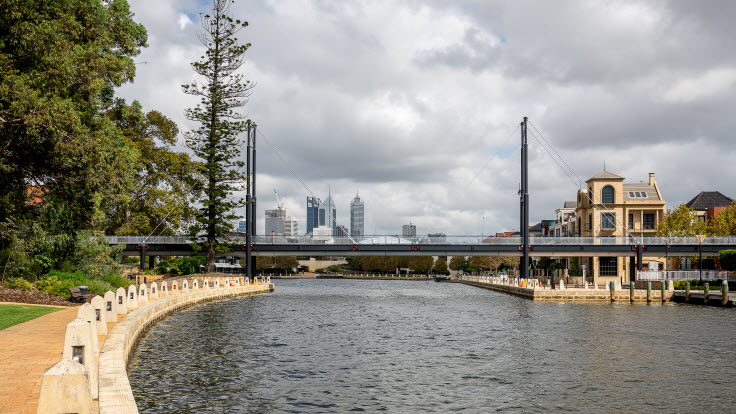 House price growth heats up in 233 Perth suburbs during winter

Median house sale price growth occurred in 233 suburbs during Perth’s very wet winter this year. REIWA President Damian Collins said winter in Perth was traditionally a quieter time for the local property market, so it was pleasing to see the median house sale price in so many suburbs had continued to increase. “After a wet winter, it’s impressive that so many Perth suburbs recorded median house sale price growth between June and August,” Mr Collins said. When comparing winter 2021 to winter 2020, reiwa.com data shows there were 104 more suburbs to record price growth this year versus last. “The Perth property market has changed quite dramatically since winter 2020, which is reflected in the number of suburbs that saw price growth this year. The Perth property market is firmly in a recovery phase and many suburbs are feeling the benefits of this current growth cycle,” Mr Collins said. 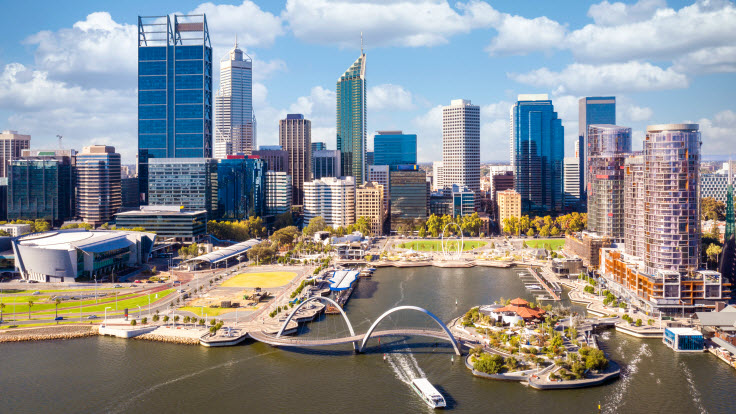 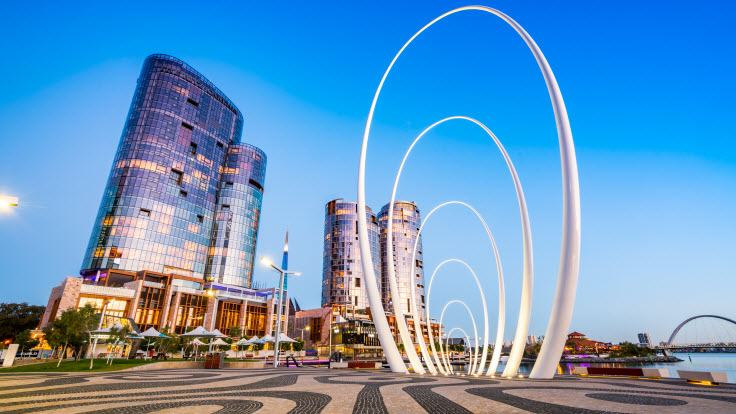 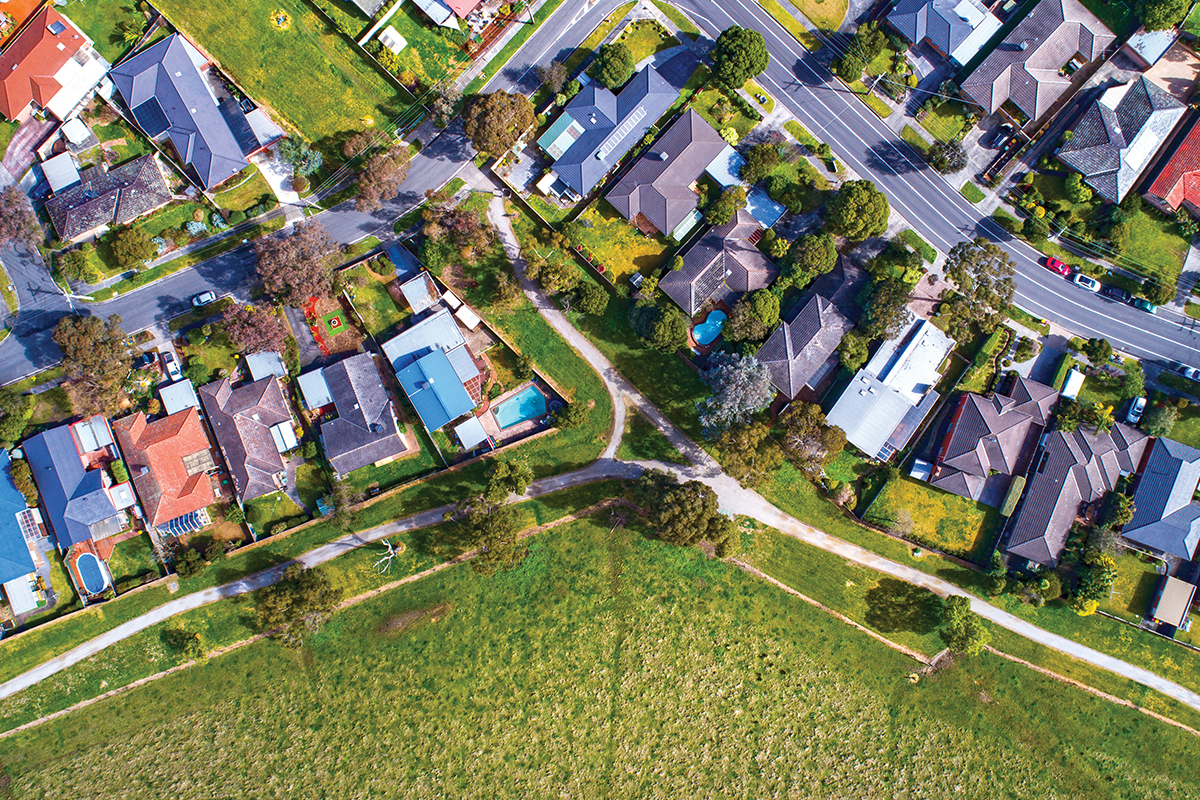 House hunters are out in force in Perth’s property market as the spring market rush looms – and the number of buyers is already outstripping sellers.

New data from Domain has found attendance numbers at open homes in the statistical area (SA4) of inner Perth has risen 30 per cent over four weeks. And in the Perth South West area, this figure increased 16.8 per cent.Read More 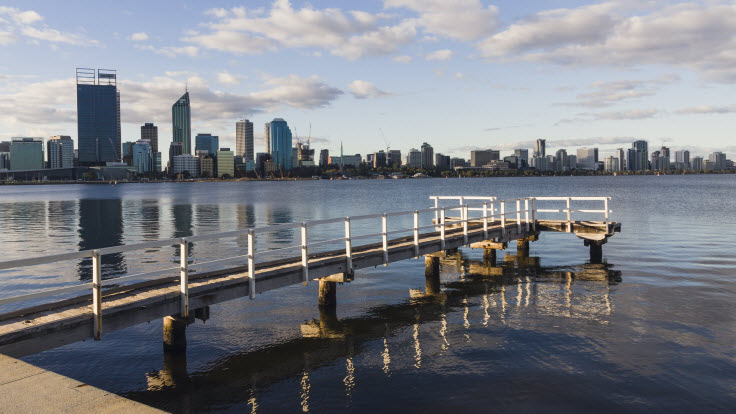 Sales activity increased two per cent in Perth last week, with REIWA members reporting 869 transactions. This increase can be attributed to a four per cent increase in house and unit sales. Vacant land sales declined 19 per cent during the week. There were 8,511 properties for sale in Perth at the end of last week, which is one per cent more than the previous week. A closer look at listing stock levels shows house and unit listings increased by one per cent, while land listings were stable. 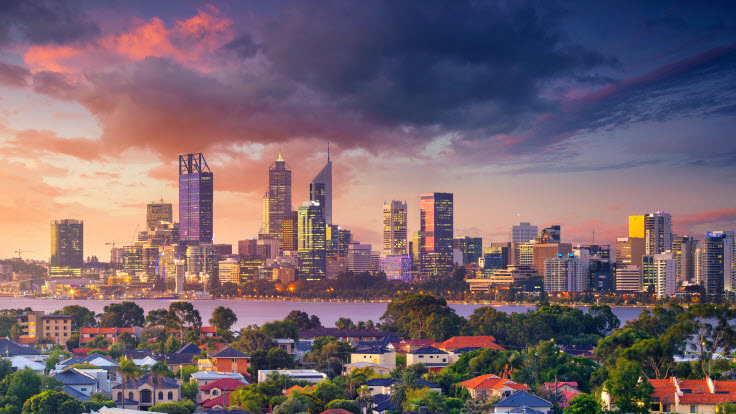 This monthly report analyses new and active listings on realestate.com.au to provide the most up-to-date view on property market supply trends. 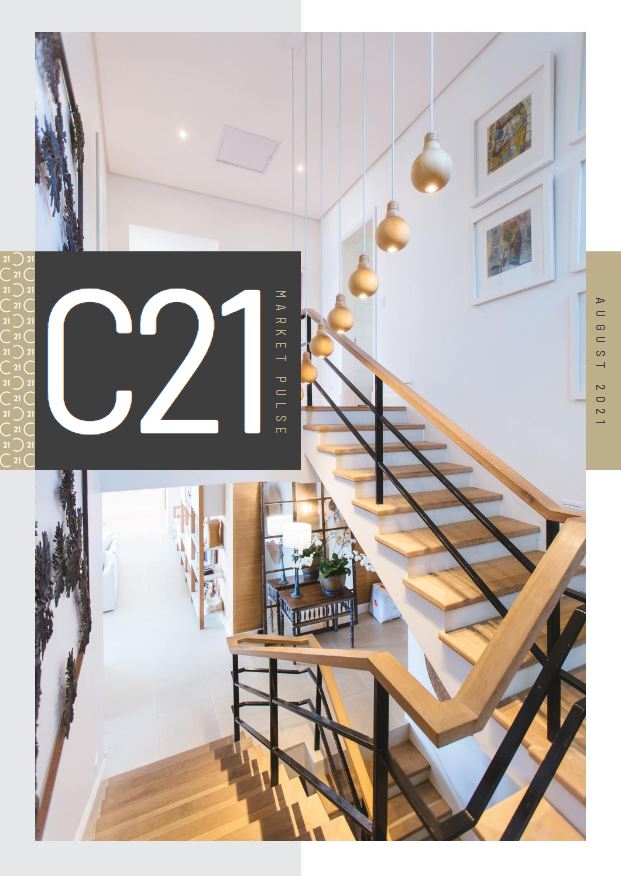 WELCOME TO THE AUGUST 2021 ISSUE OF Century 21  MARKET PULSE 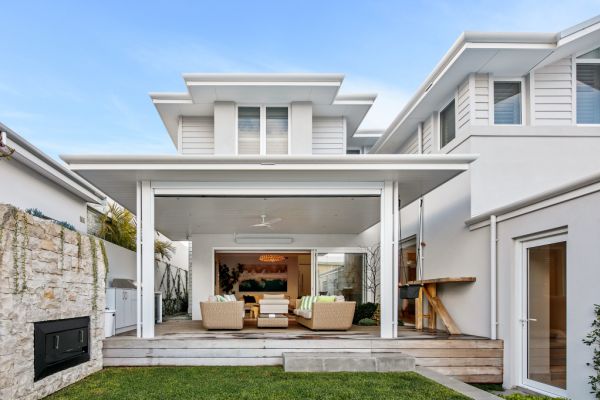 Homes in more than 15 suburbs across WA made more money in the past year than the wages of their owners, new figures show.
The annual property growth of homes in City Beach, Salter Point, Cottesloe, Floreat and Dalkeith were among the top five locales to surpass annual household wages by as much as $200,000 or more, according to an analysis of data from Domain and ABS.
Read More 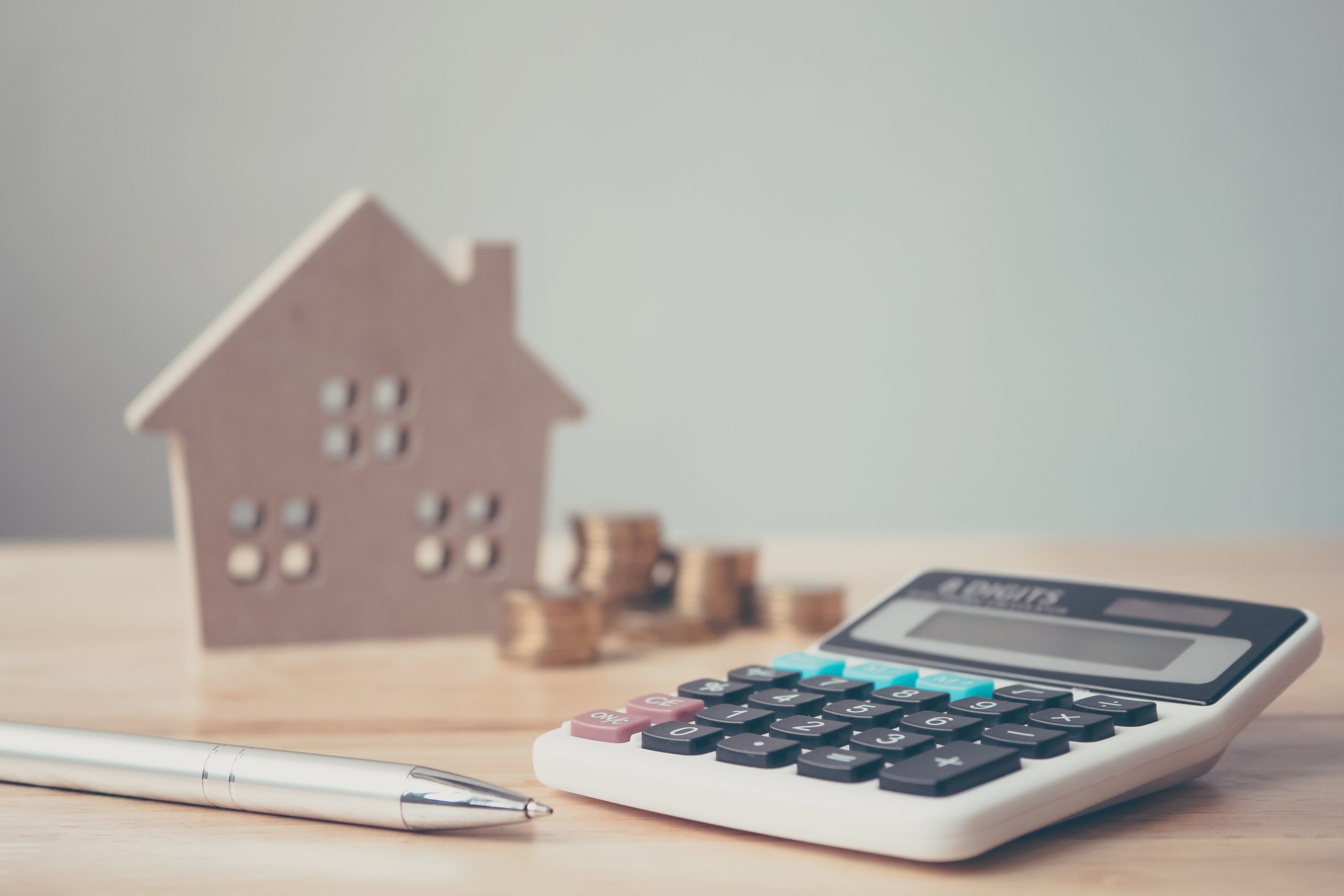 It is cheaper to buy than rent in 112 Perth suburbs, with Brentwood, Medina and Parmelia offering buyers the best value when comparing the costs of buying to renting. REIWA President Damian Collins said Western Australia was one of the most affordable places in the country to buy property in. “It is more affordable to pay the costs associated with servicing a home loan than pay the weekly rent in 112 Perth suburbs, which should give tenants encouragement that home ownership is within reach,” Mr Collins said. 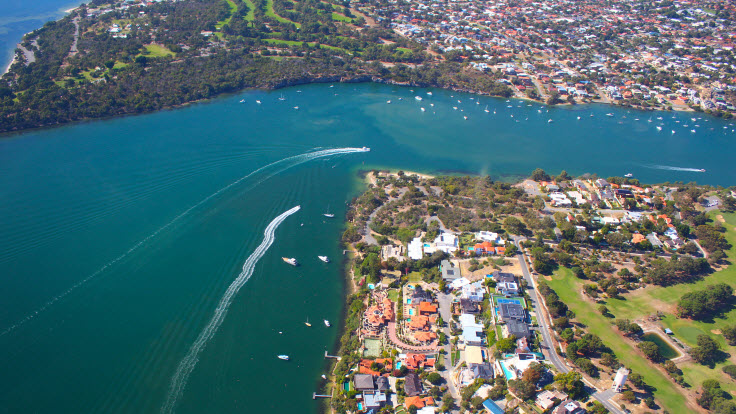 Sales activity increased three per cent in Perth last week, with REIWA members reporting 860 transactions. This increase can be attributed to a four per cent increase in house sales and an eight per cent rise in vacant land sales. Unit sales declined four per cent during the week.

Catalyse Community and Wellbeing Scorecards – Your Chance To Rate Us!

The City of Belmont is continuously finding ways to improve the quality of life for its residents. To help plan for the future, the City is currently conducting a survey called the MARKYT Community Scorecard 2021 and MARKYT Wellbeing Scorecard 2021 commencing on Monday 16 August. The results will be used to benchmark the City's performance against other local governments and improve services to the community. 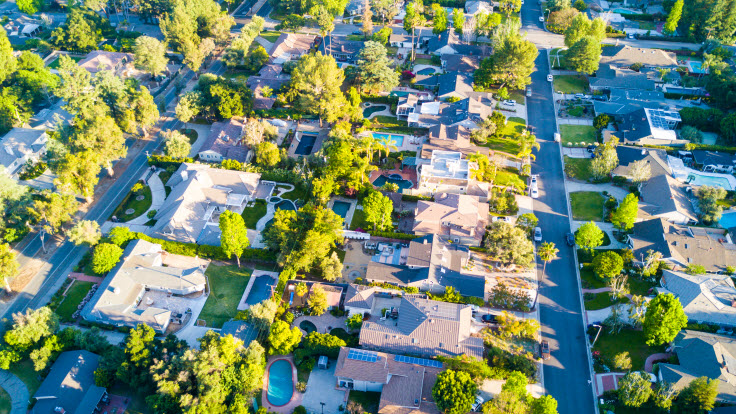 Australia’s dwelling sales to new listings ratio hits an average of 1.4 in the three months to July

Dwelling sales continue to surge across Australia against low listings levels. In the three months to July, CoreLogic estimates there were around 171,100 sales. This is 53.4% higher than what has typically been seen this time of year for the previous five years. In the same period, there were just 121,200 newly advertised properties for sale in the three months to July. This has taken the ‘sales to new listings ratio’ to recent highs nationally, at 1.4 over the three months to July. The sales to new listings ratio is calculated by dividing the number of sales that have taken place over a given period by the number of new listings added to the market over the same time. For the past decade, the ratio has averaged 0.9, suggesting for each listing added to market, there was just under one transaction that took place.

The Perth market recovery is tracking at an average growth rate of 0.9 per cent per month, which is almost double the average growth rate recorded during the 2011-14 growth cycle of 0.5 per cent. REIWA President Damian Collins said Perth’s last growth cycle lasted 30 months and resulted in 15 per cent price growth. “We are just 12 months into this current growth cycle and prices in Perth are already up almost 11 per cent, with the bulk of that growth occurring in the first six months of this year. “For comparison, the total price growth recorded during the first 12 months of the previous upcycle was six per cent,” Mr Collins said.

Now more than ever it is important that we take th

Never have we looked so forward to welcoming sprin